September 2017 saw the launch of BCU’s new Birmingham Conservatoire, a state-of-the-art project that was several years in the making and took two years to construct. The world-class Conservatoire, which was granted a Royal status just two weeks after it opened, cost £57 million and features five public performance spaces, including the 500-seat concert hall, 150-seat recital hall, and a 100-seat organ studio. The building also boasts the UK’s first permanent conservatoire-based jazz space, which seats 80, and a flexible and versatile black-box studio called The Lab where students can experiment and innovate.

The project’s principal contractor, Galliford Try, faced the unenviable task of finding partners capable of delivering the extremely high specifications required by the Conservatoire team. Convinced by the extensive experience of Vanti, Galliford Try brought us on board to provide audio-visual and lighting services across the five performance spaces as well as their control rooms and technical suites. This was not only the most substantial project we worked on in 2017 – it was the biggest contract we’ve had to date. 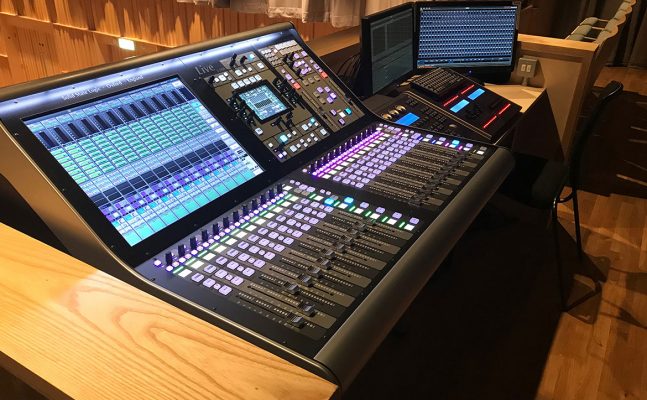 The music tech managers at the Conservatoire had an ambitious vision in mind for the new building – it was to be the first of its kind to offer both analogue and digital recording in every performance space. This added an extra layer of complexity to the project, as our team needed to ensure that all the AV and lighting equipment and cabling didn’t have a negative impact on the acoustics of the rooms. We incorporated innovative solutions to meet the required standards; for example, the projectors in the venues have been housed in custom-built cases so the hum they emit whilst operating doesn’t interfere with recording quality; using this housing led us to source and install laser projectors rather than the traditional lamp-based models which need more regular maintenance.

It’s this attention to detail and consideration of the project’s minutiae that demonstrated our credentials as a world-class technology company, capable of translating incredibly complicated ideas into tangible experiences. “Due to the multifaceted nature of building a conservatoire for the 21st century and beyond, it was fantastic to work with an open-minded and forward-thinking installation company who consistently went the extra mile, applying creative and aesthetically pleasing solutions to complex problems,” says Richard Cornock, Music Technologies Manager at BCU. “From our initial introduction through to the final phases of our build, working with Vanti has been a pleasure. The collaborative ‘can do’ attitude of the Vanti team has been invaluable in the successful implementation of The Royal Birmingham Conservatoire’s complex and varied technical fit out.”

The new Royal Birmingham Conservatoire provides an exceptional experience for everyone using the space, whether they’re music students, lecturers, technologists, or simply individuals wishing to enjoy the many spectacular events the venues will play host to.

To find out more about this project and what we delivered, take a look at our case study.